Urban Decay Palette Build Your Own Palette in Rock

At the beginning of the week, I told you about two new Urban Decay Build Your Own Palettes.  I ordered Rock.  It is $18 (the cost of a single eyeshadow) on the Urban Decay website, and you can get free shipping on any of their holiday items until Sunday, September 16th!

Here is what the palette looks like.  I love the look of it.  It's a sturdy, metal palette, although I'm sure it would dent easily if you dropped it. 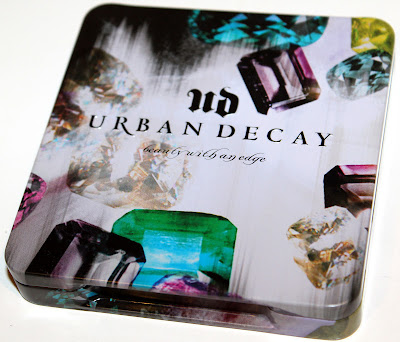 I also love that it has the Urban Decay logo along the back. 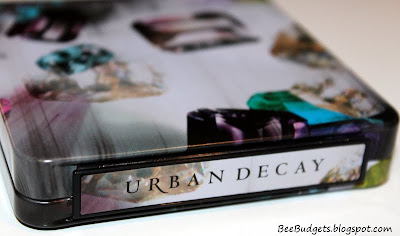 It has a full size mirror (not shown), and it can hold 4 eyeshadows.  It came with a new eyeshadow in Rock. 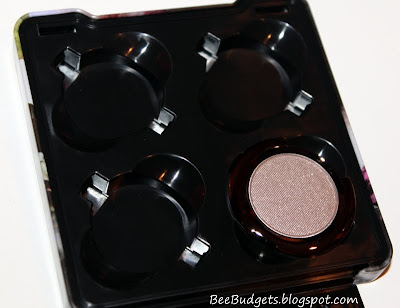 Although it says it is a shimmer shadow, I am disappointed that it does have small glitter in it.  You can see the glitter at the top of the shadow in this picture.

I swatched Rock next to Midnight Cowboy.  As you can see, the glitter isn't nearly as bad as Midnight Cowboy.  Midnight Cowboy gets glitter EVERYWHERE, but Rock doesn't seem to do that.  Urban Decay's website describes Rock as a "shimmery oyster/taupe shade."
I ordered this palette, because I was hoping to put the eyeshadows that I use daily in it.  I think I will try to depot a vintage eyeshadow or two this weekend, so hopefully I will have a post describing that process soon.
Posted by Bee Budgets at 11:57 AM