I'm back with more Target clearance finds! It seems like they always add more items throughout their summer clearance. It gets people like me to check back regularly for more deals.

Here are a few more items that I found.

This Vtech ABC Text & Go toy is very similar to a LeapFrog Text & Learn toy that I picked up a week or two ago.  I'm going to return the LeapFrog version, because the Vtech was $7.48 at 50% off.  It has letters, words AND numbers.  The LeapFrog version doesn't have numbers, and it was nearly $10.  However, I prefer the on/off switch on the LeapFrog version - it slides, so you can't accidentally turn it on.  The Vtech version has a button along the top edge that could easy get pushed when this is thrown in a bag. 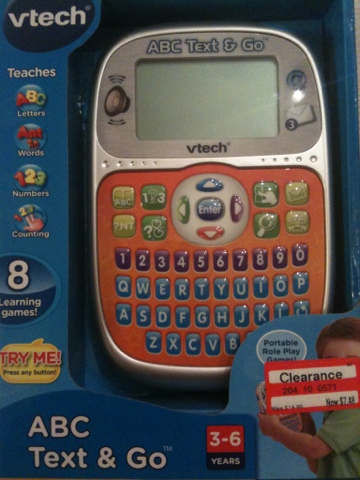 I should also mention that I saw this at 2 Target stores, and it was only on clearance at one of the two stores. 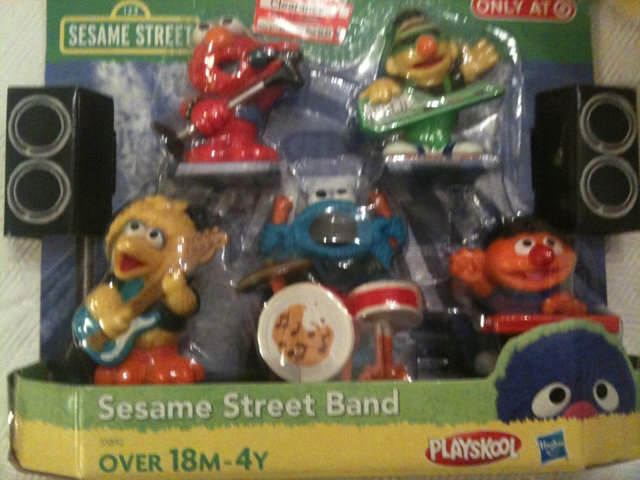 I picked up some of these Circo printed washclothes a year or two ago when they were on clearance.  I think I only paid $0.74 (70% off) when I bought them a few years ago, but I picked up two more packs this year at $1.48 a piece to include in baby gifts. 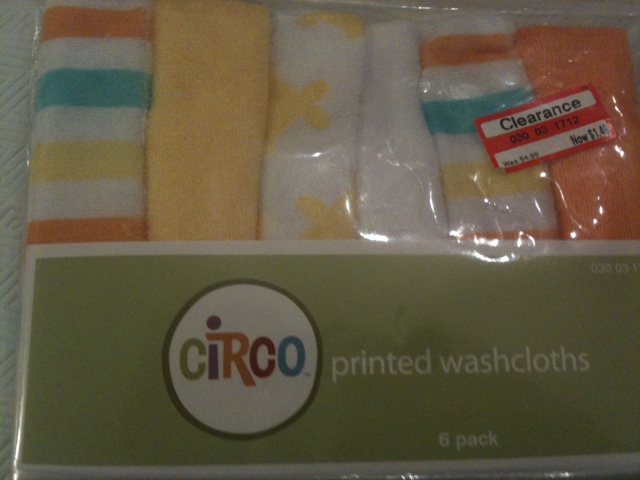